Today is December 1st. A day that, in my mind, marks the official kickoff to the Christmas season. It’s a day I look forward to all year long, as I grew up loving December and have such fondness for the memories I made as a child during the holidays.

Growing up on the Canadian prairies we had snow by Halloween and were in full-on winter mode by December. We cross-country skied at the provincial park across the road, tobogganed down the floodway, snowmobiled at my grandparents’ farm, and carved out the most impressive snow forts on our front lawn. We Christmas carolled as snowflakes dusted our faces and took moonlit hay rides with clydesdales that pranced in time to their jingling bells. At night the northern lights waved down to us in all their cosmic glory and on crystalline mornings we awoke to hoar frost icing the trees.

My friend Cheryl and I played in the deep snow-filled ditches that flanked our gravel-topped  country roads. We played out there until the sky became a dark inkblot of midnight blue well before dinnertime. We hurled ourselves into the depths of the ditches whenever a set of headlights came barreling down the road towards us. Headlights belonging to a vehicle that was most likely trying to avoid sliding off the icy road and hitting the ditch.

‘Hitting the ditch’ was not an uncommon phrase used during the winter months in the rural municipalities of Manitoba where I spent my childhood. The frigid winds swept blinding snow across fields and roads without a smidge of consideration for the driver attempting to stay on the straight and narrow. Where the roadside ended and the ditches began was anyone’s guess. And so, as one would expect, a driver might ‘hit the ditch’ and become stuck in the snow until some kind soul with chains would inevitably haul their car back onto flat ground. It happened to my mom and I one night on our way home after my piano lessons, and though ‘hitting the ditch’ wasn’t necessarily one of my favourite winter memories, the phrase never fails to take me back to Christmastime on the Canadian prairies. 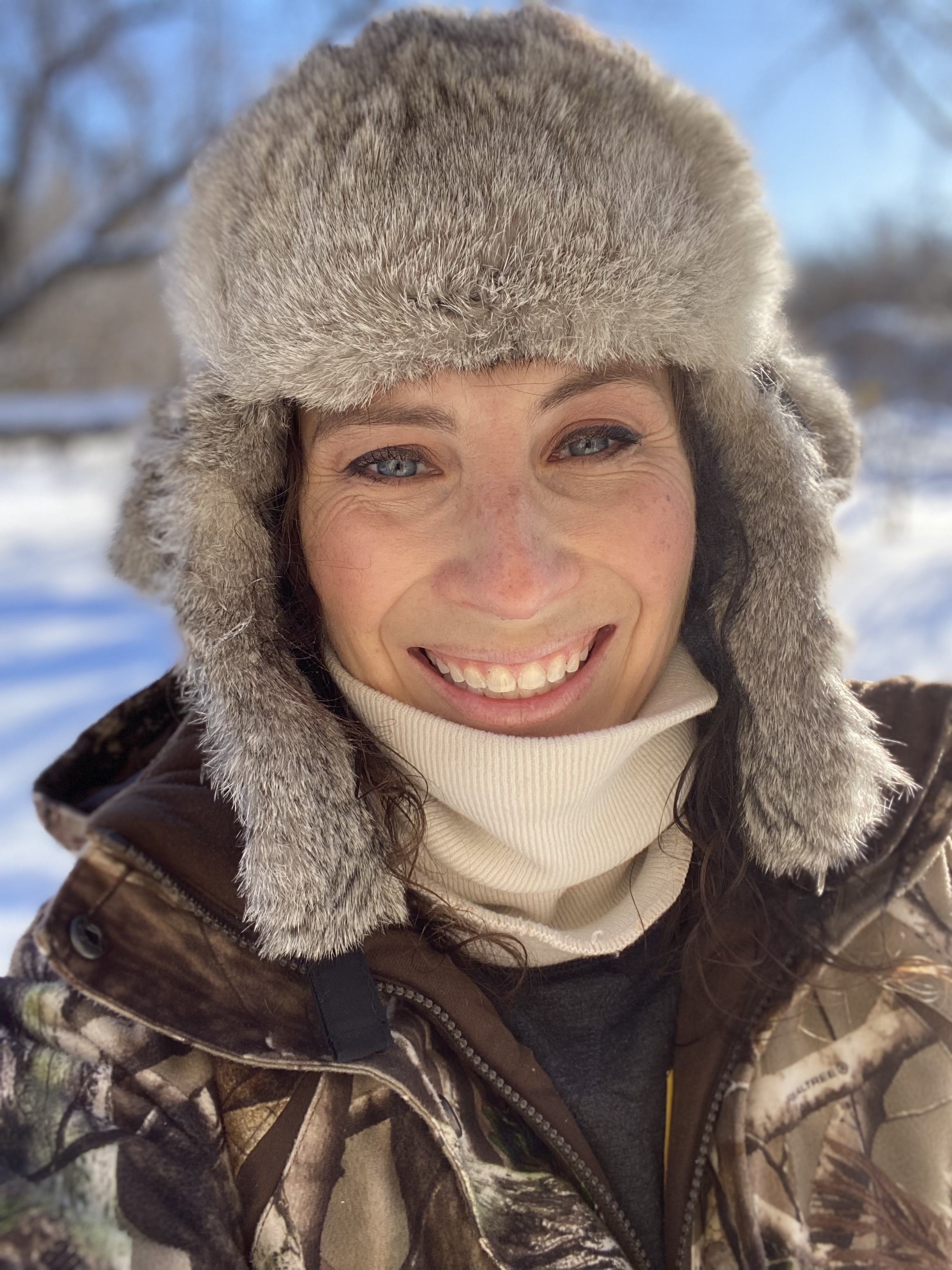 “Later on Will called me back to check in. He knows how hard I can be on myself and called to speak truth into my day. The last thing he told me was to ‘Keep it between the ditches’. “What was that?” I asked. He repeated the phrase and I laughed. It was more on point than he could have fathomed.“

These days, I live just east of San Francisco, where snow is something you ‘go to’ up in the Sierra Nevada mountains a couple hours away, and where you couldn’t pay me to fling myself into a ditch for fun! But today, on this first rainy day of December, I did in fact, hit the proverbial ditch, which warranted some extraction. And probably requires some explanation.

As December holds such special memories and meaning for me, I try very intentionally to  avoid it becoming a season of strain. I spend the month of November doing all of my Christmas shopping, planning, and decorating so that by the time December 1st rolls around, I don’t find myself doing much last-minute anything.

Considering the fall roundup of sicknesses our family has endured from August through November, I have been especially eager for some really memorable experiences with the kids this December. The first one being a big field trip that not only tied in with our curriculum, but was sure to be a hit with the kids. Not only because I knew they’d love what we were doing, but because it would be the first field trip with friends all fall. However, since we had missed so many fun events and get-togethers over the past four months, I didn’t plan on telling the kids about it until the day of. Which I thought was tomorrow. But it wasn’t. It was TODAY.

I bawled. Not because the kids would be disappointed (thankfully they had no idea we had plans to go), but because I had looked forward to surprising them with this for the past month, because we were missing time with dear friends, and because I could sense myself veering between the ditches of mom-guilt and fear of what others might think of me. Oh, and then there was the tree of inadequacy looming dead-ahead. I felt doomed. 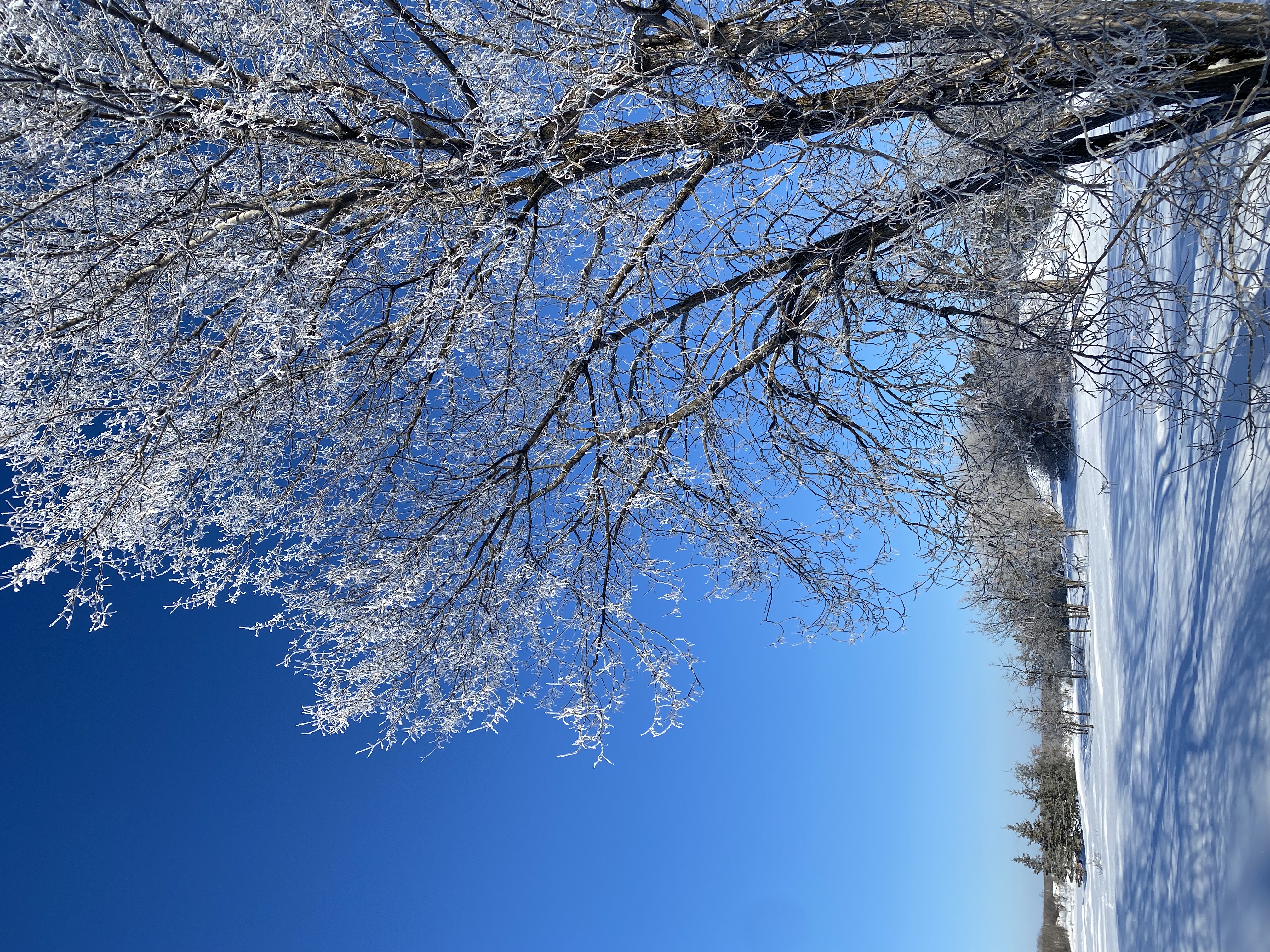 So I called Will. It’s not the first time I’ve called him at work, sobbing about something that in the grand scheme of things (or even a month from now) will seem inconsequential, and it won’t be the last. But he was gracious and had a few minutes to listen. I pulled it together and worked on thinking thoughts that were true rather than listening to the lies about self-worth I’ve been battling for a lifetime. But I still felt like I’d hit the ditch; spun around, stuck, and more than a little crummy. Later on Will called me back to check in. He knows how hard I can be on myself and called to speak truth into my day. The last thing he told me was to ‘Keep it between the ditches’. “What was that?” I asked. He repeated the phrase and I laughed. It was more on point than he could have fathomed.

He didn’t grow up anywhere near snow-filled ditches, but he did grow up in the rural south, where all manner of creatures could be hiding in the ditches astride country roads. He played in those too, albeit without snow. And he knew the perils of the ditches where he’s from, which is why he gave me the sound warning to stay out of the ditches of guilt and fear, self-doubt and despair. He’s good for me like that.

So if you are looking down the barrel of a daunting December, don’t let those ditches sucker you in! They will steal your joy and make you feel spun-out, stuck, and more than a little crummy. Speak truth into your day and keep it between the ditches as best you can. I’ll be over here doing the same. 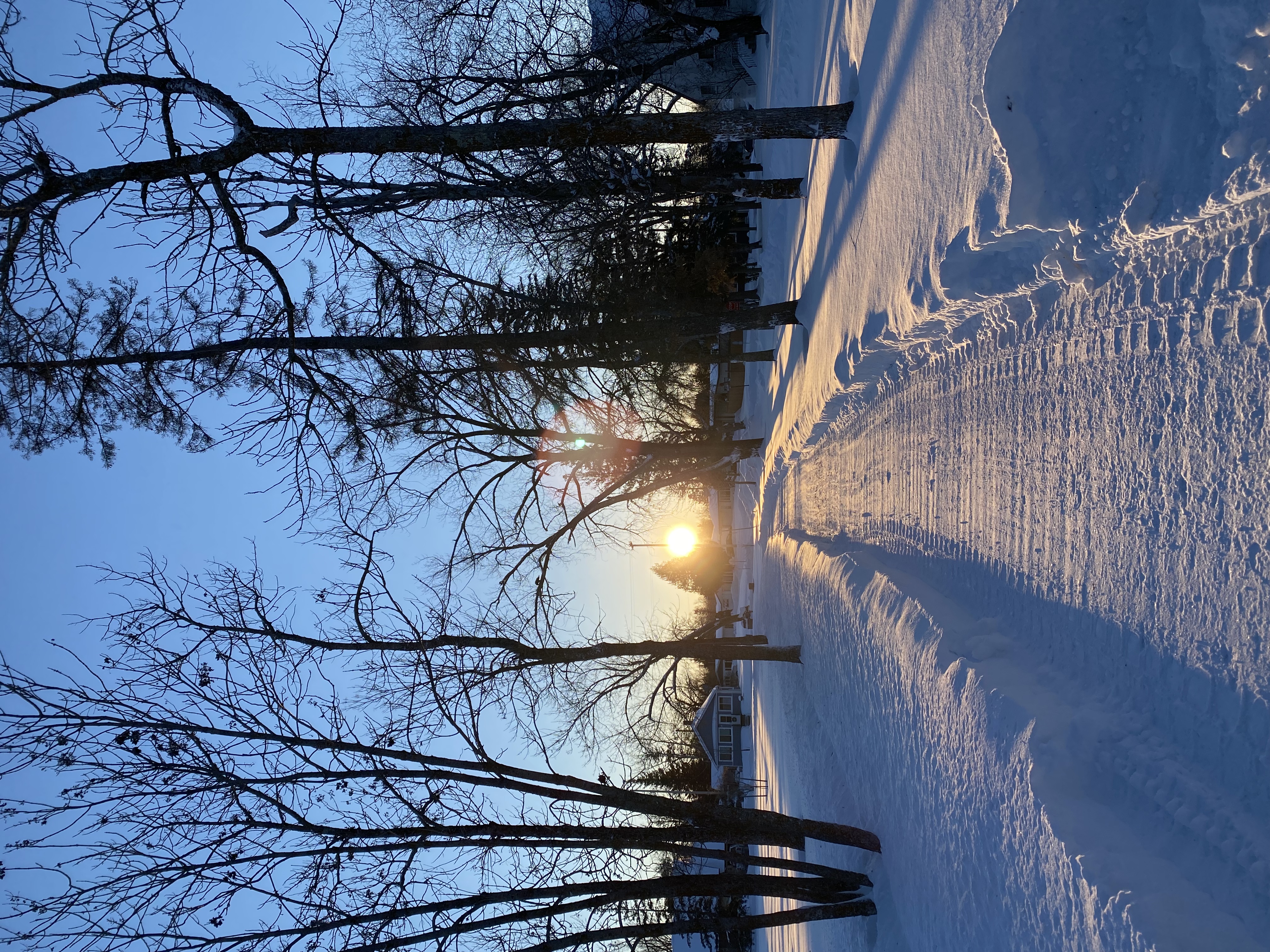 If you’re in a place where you need time to process the past, dream for the future, and be fully present, my Women’s Walking Retreat in the Cotswolds in designed to give you the experience you need to find restoration & inspiration. Click HERE for more details.

I am passionate about coming alongside others to inspire them in their creative journey. With 15 years’ experience as a creative entrepreneur, I have been able to cultivate a strong repertoire of strategies to boost creative output and help others tap into their creativity. If you would like to have me speak either in person or online at your upcoming conference, workshop, or retreat, please email Jaime Fenwick at hello@bringinginspirationhome.com . 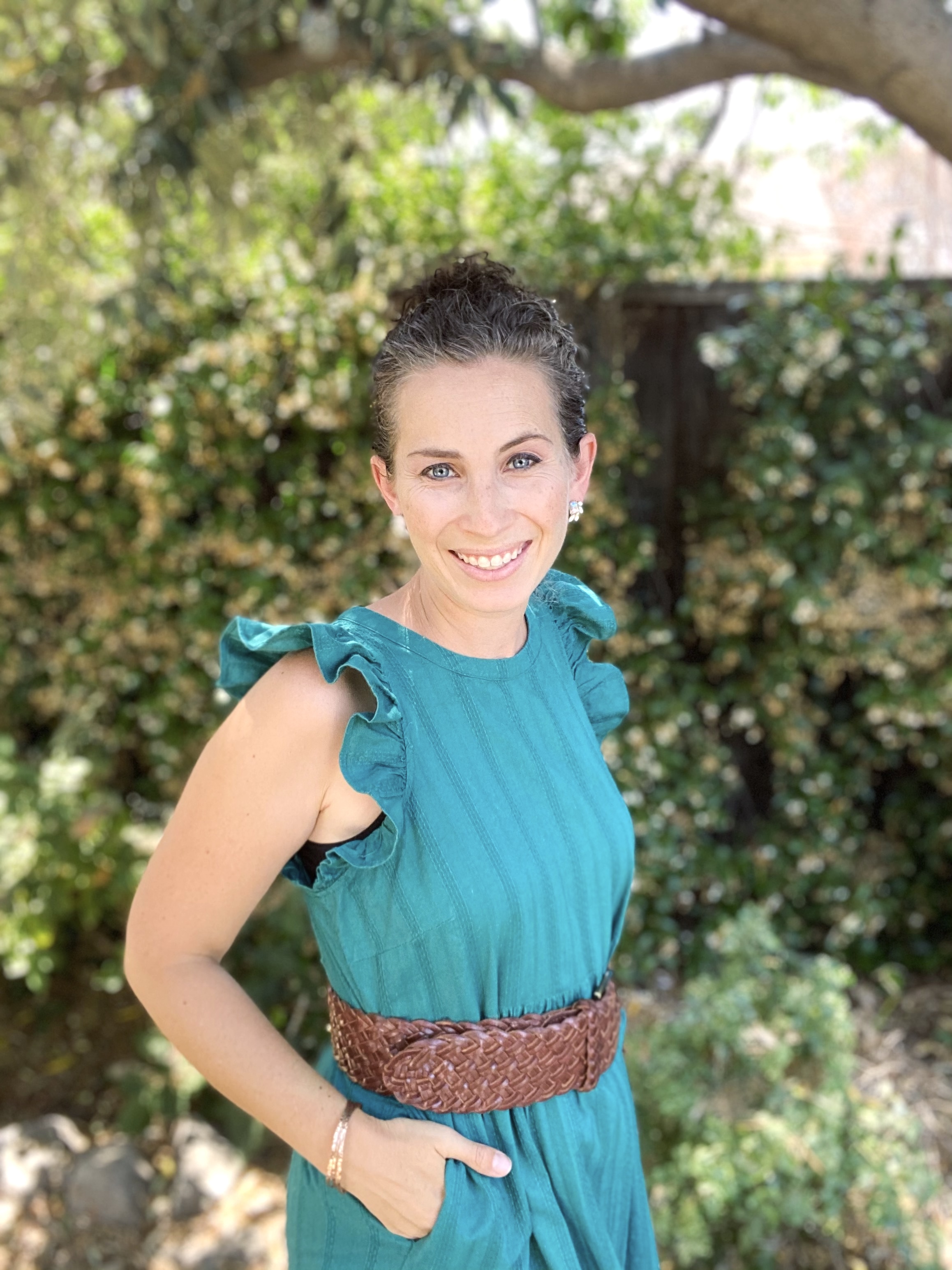 Highlights from my visit to Guo Pei Couture Fantas

Want to tap into your creativity this year? Try so

I place equal value on adventure and on slowing do

On this day one year ago… I found out first thi